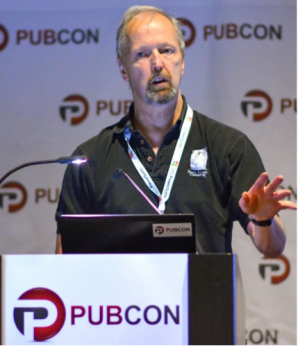 My professional career has had several stages. This has included work as a hardware engineer, software developer, program manager, director of engineering, general manager, and finally founder and CEO. To look at it from another perspective, I’m a geek that has learned to navigate the world of business.

In fact, one of the most rewarding activities for me is to go beyond simply sharing digital marketing insights to a client, and on to helping the organization commit to making changes that alter the trajectory of their growth. I’ve had the privilege of doing this with companies that range from some of the world’s largest companies to well-funded startups.

Everything I’ve learned is a tribute to the countless mentors and people that I’ve learned from through the years. Some of the more notable sources of inspiration I had were:

In addition to these three, there are countless other bosses, co-workers, and people who worked for me that taught me so much of what I learned along the way. Anything that I may have accomplished along the way is a tribute to all of them.

The gory details of my background for those that are interested:

I now work only on a part-time basis. I hand select clients where the work interests me. My time for this is very limited so if I don’t accept an engagement with you please don’t be offended!

If you are in the media or wish to discuss these services with us please reach out to Eric Enge.